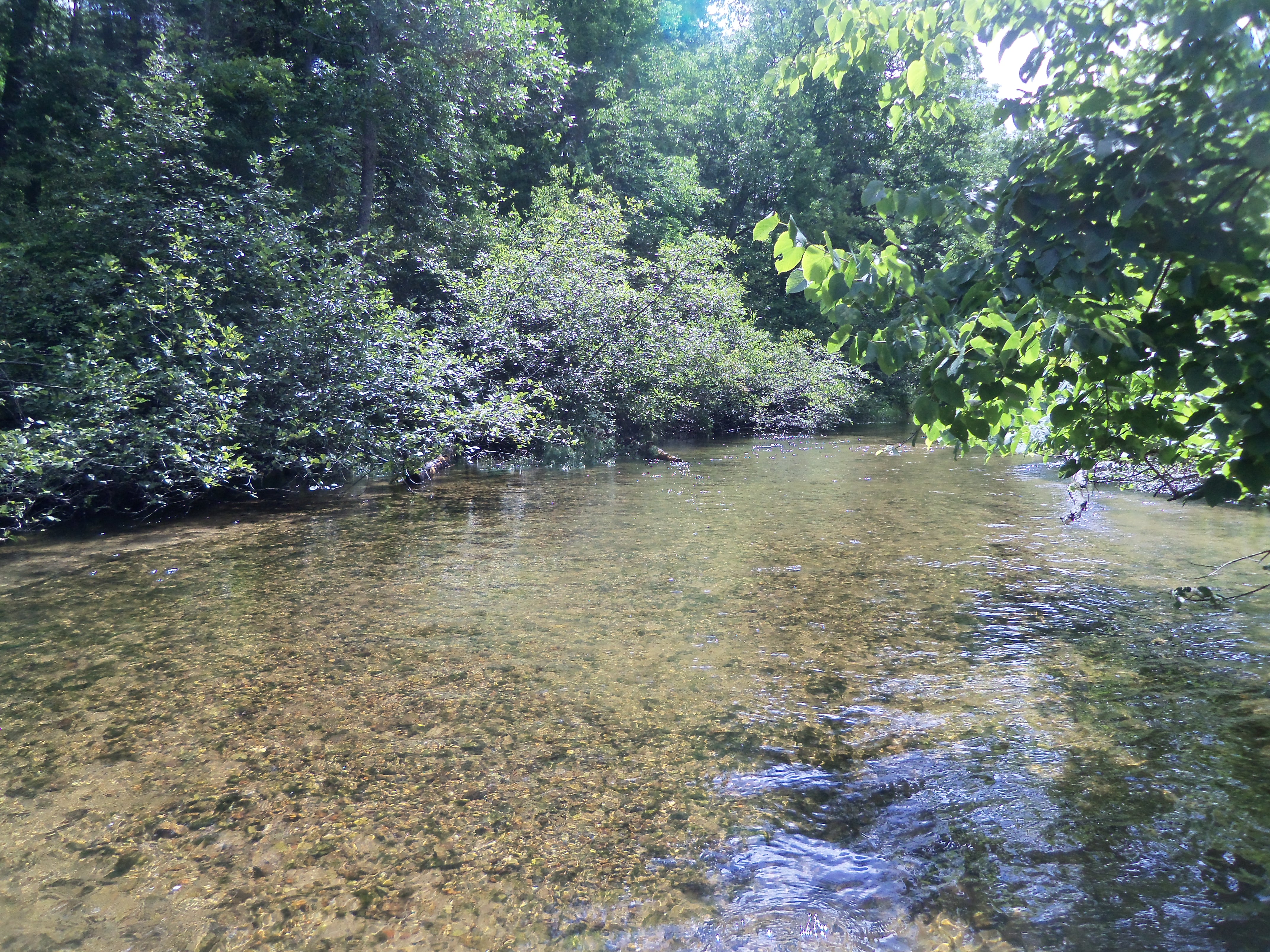 As is evident from the chart above, the e.coli numbers from 9 Mile Bridge down to Stronach Road are excessively high. A later sampling done on the 7th of August found those readings considerably lower and consistent with historical numbers. Also the dissolved oxygen content in the water on the July sampling date were low, but later testing in August found those to be higher and more in keeping with historical averages. There is a direct correlation between dissolved oxygen in the water and air temperature, and as July 8 was a cool day, it was expected those readings would have been higher. The other numbers indicate a very healthy river.

A discussion of the chemical compounds in water and their effect on the health of a stream can be found here. 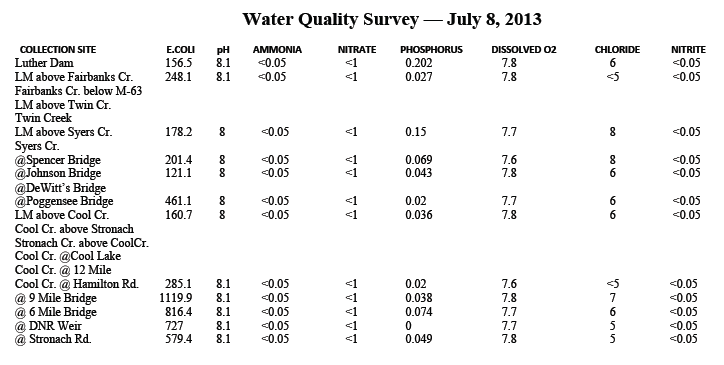