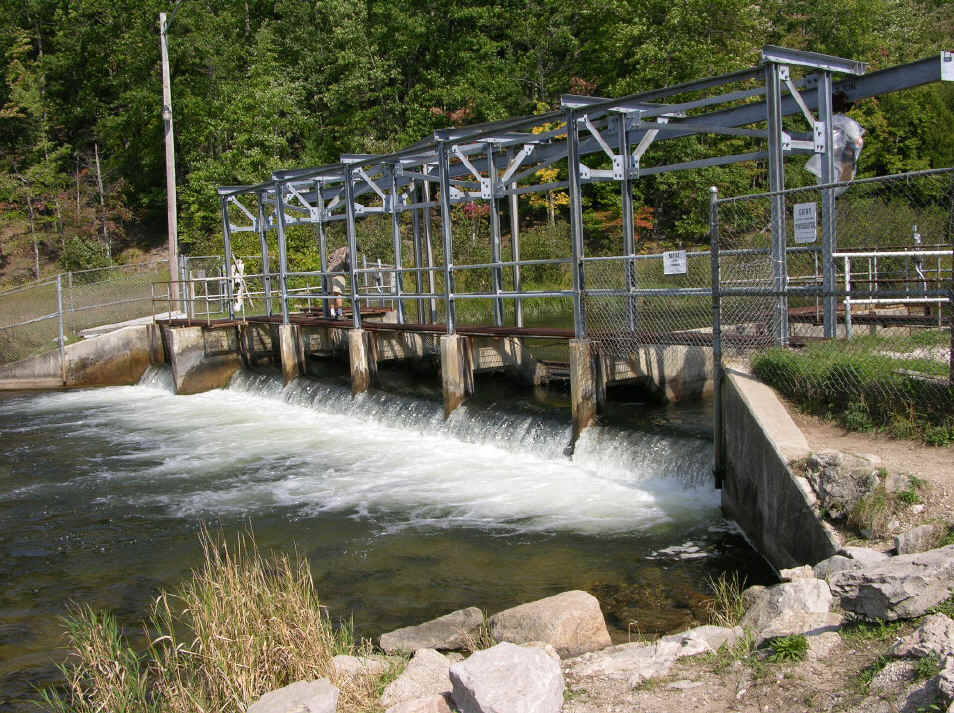 From our Fall/Winter 2013 Newsletter…

A statement from the DNR about the operations of the weir:

Our Chinook salmon target has ranged between 5 and 7 million eggs in the last few years. Chinook salmon have been averaging about 4,000 eggs/female over the last few years, so that would be roughly 1,250 pairs that we spawned to get our eggs. Ten years ago when the salmon were larger, we could get 5,000 eggs/female, but that number has dropped as the size of the fish has dropped in the last decade.

For steelhead, the target is usually right around 4 million eggs. The steelhead in recent years have averaged about 4200 eggs/female, so we’re spawning between 900 and 1000 pairs to get enough eggs.

The weir is normally put in place sometime during the first two weeks of March, depending on weather. The weir remains in place until the quota of steelhead eggs is reached. This usually occurs by the middle of April, but may run later depending on weather. While the weir is in place, all fish passage is blocked. During egg-take operations, unripe “green” steelhead are usually counted and passed upstream, to sustain the “wild” Little Manistee River steelhead run. Once the quota of eggs is reached, the weir grates are removed, allowing steelhead to jump the dam and proceed upstream.

The weir is usually put in place on, or about August 15th, and removed on, or about November 15th. While the weir is in place, all fish passage is blocked. Chinook salmon eggs are taken usually during the first two weeks of October. All steelhead and brown trout that show up at the weir during the fall are counted and passed upstream.