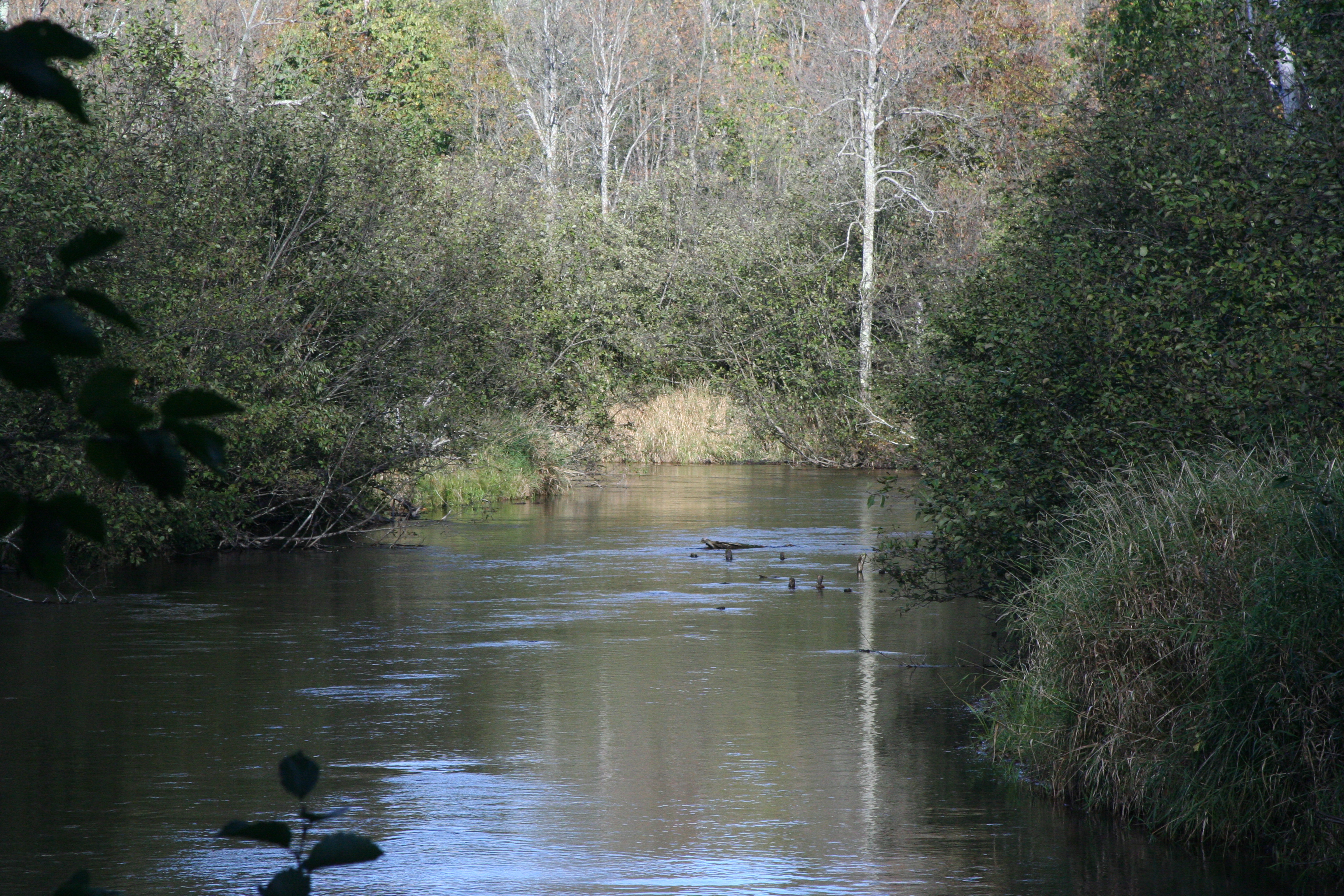 What is the Natural River Program?

In 1994, LMWCC founders John Gorys and Howard Roberts were appointed by the U.S. Secretary of Agriculture to serve on a committee studying the advisability of having the Little Manistee River designated as a Wild and Scenic River under the federal government’s program of that name. Shortly after the Council was incorporated in 1996, members were asked at an annual meeting if they were in favor of seeking a Wild and Scenic designation for the river. Most members feared ownership implications of such a designation, and the proposal was defeated.

In 2014, the LMWCC Trustees began the process of developing a Watershed Management Plan that would meet the standards of both the Michigan Department of Environmental Quality and those of the Federal Environmental Protection Agency. Much of the draft document is concerned with monitoring and regulating development throughout the Little Manistee Watershed to protect the resource. It makes no attempt to restrict or limit property ownership or succession that was the major concern of the members who voted against the Wild and Scenic designation.

In 1970, the Michigan legislature passed the Natural River Act that created a process for communities along a river to develop common zoning rules to keep the ecosystem healthy and riverfront property owners happy. The new law authorized the DNR to develop a system of Natural Rivers in the interest of the people of the state and future generations, for the purpose of preserving and enhancing a river’s values for a variety of reasons, including; aesthetics, free-flowing condition, recreation, boating, historic, water conservation, floodplain, and fisheries and wildlife habitat.

Unlike the Wild and Scenic River program which is only concerned with land under federal jurisdiction, The Natural River Act is a Michigan only statute, and it recognizes the preponderance of privately-owned property along the state’s rivers. The basic concept of river protection is at the heart of Michigan’s pioneering Natural River Act. Michigan’s natural river systems support entire regions they cross. Riverbank vegetation filters pollution and protects water quality. And natural river lands stimulate local economies with fish, wildlife, scenic beauty, and an attractive quality of life. Michigan’s Natural Rivers program is a river protection effort that protects the natural quality of select river systems throughout the state by regulating their use and development through zoning rules. The Natural Rivers Program was developed to preserve, protect and enhance our state’s finest river systems for the use and enjoyment of current and future generations by allowing property owners their right to reasonable development, while protecting Michigan’s unique river resources. Since 1970, 2,091 miles on sixteen rivers or segments of rivers have been designated into Michigan’s Natural River System. In the order they were designated, those river systems include the Jordan, Betsie, Rogue, Two Hearted, White, Boardman, Huron, Pere Marquette, Flat, Rifle, Lower Kalamazoo, Pigeon, AuSable, Fox, Pine and Upper Manistee rivers.

Rather than restricting private ownership, the law was designed to protect river corridors by encouraging river-front landowners to follow basic tenets of environmentally responsible land use practices. Michigan’s rivers are clearly statewide public assets. They also are lined with private property that is under tremendous real estate and resort development pressure. But riverbanks covered by construction and impervious surfaces, stripped of natural vegetation can no longer stop erosion, filter pollution, or support habitat and a genuine outdoor environment for visitors and local residents. Without taking some simple, basic steps in their construction plans, property owners can unwittingly undermine the natural resources that attracted them in the first place.

The 1970 law created a process for communities along a river to develop common zoning rules to keep the ecosystem healthy and riverfront property owners happy. The whole process — from enabling Act to local implementation — is called the Natural River Program. It establishes simple zoning criteria that local communities use to design a plan for protecting their river together across township and county boundaries. The criteria revolve around the river’s “riparian area,” that streamside zone that buffers pollution, supports wildlife, and keeps rivers natural and healthy for everyone. Protecting the riparian area is a basic matter of maintaining natural vegetation strips on riverbanks, requiring minimum lot widths to avoid overcrowding, and establishing reasonable setback distances for buildings and septic systems to minimize pollution and keep wildlife corridors open. The Natural River Program sets up a permit process in which property owners learn how their construction choices can best protect the river and their economic investment. Each of these principles is consistent with the LMWCC Mission statement: “…to bring together persons and organizations who have an interest in the resource conservation and restoration of the Little Manistee River and its watershed. Our goals are to restore, protect, and preserve the natural character of the watershed by communicating resource problems and then offering and implementing problem resolution…” These are the fundamental principles driving the LMWCC’s pursuit of an MDEQ and EPA approved Watershed Management Plan. While the Natural River designation does not create a non-developmental zone, it puts into place standards that will be unique to the Little Manistee River, defining “best usage” of the river’s corridor within 400 feet of either side of the river’s banks. The WMP has a broader focus of protecting the entire watershed including tributaries, in- land lakes, wetlands, and groundwater beyond the 400 foot riparian zone. Obviously the two, the WMP and the Natural River designation, dovetail in providing the most comprehensive protections for the river and its watershed without infringing on responsible ownership and development.

The following is a list of facts pertaining to the Natural River Program provided by the DNR and Michigan State University. These should clarify the information already provided and assist members in preparing to vote on the issue at the annual meeting on July 6th.

Facts about the Natural River Program

The public MAY NOT use private property along designated Natural Rivers without the property owner’s permission.

The Natural River Act DOES NOT authorize condemnation of private land.

Existing structures DO NOT have to be moved away from the river.

Existing lawns can continue to be mowed, and property owners WILL NOT be required to convert lawn areas to native plants (although for the benefit of the river corridor, it is recommended that lawns be converted to native plants).

Vegetative buffer zones ARE NOT “no cut” zones.

There WILL NOT be a 400 foot building set-back or “no development zone” established.

There WILL NOT be a prohibition on land divisions (as long as the divisions meet minimum lot width and area standards).

Small, legally established lots WILL NOT be declared unbuildable due only to their size, assuming they are otherwise buildable lots.

Properly administered Natural River or other zoning DOES NOT constitute a “taking” of private property under current law.

It is the hope of the LMWCC board of trustees that the information contained in this article will guide members in drawing reasonable conclusions about the advisability of pursuing a Natural River designation for the Little Manistee.

There will be a vote of all members present at the Annual Meeting on July 6th to determine if LMWCC shall proceed in seeking such a designation for our river from the Michigan DNR. Brian Bury of the DNR’s Natural River Program will be our guest speaker at the meeting.